You are in Tutorials and Reference»Option Strategies

This page explains option strategies based on the ladder position. An option ladder is like an expanded version of vertical spread, with one extra out of the money leg above the higher strike (call ladders) or below the lower strike (put ladders). There are four ladder strategies, derived from the four vertical spreads:

One of the main characteristics of a ladder position is asymmetric payoff, caused by the extra leg. In long ladders, the extra leg is short, which improves the payoff over most of the underlying price range, but at the same time exposes the position to a large loss in case of a sizable move to the short leg side (up for long call ladder, down for long put ladder).

Bull call ladder is derived from bull call vertical spread, with an added short call option above the higher strike.

Up to the highest strike (the extra short call), the position's payoff is just like a bull call spread, only slightly better (higher profit or smaller loss) due to the extra premium collected from the second short call. Long call ladders profit from a moderate increase in underlying price, while a decline (of any size) results in a relatively small loss.

The worst case scenario is a sharp increase in underlying price above the highest strike, where both the short call legs are in the money and the long call option's value is not sufficient to entirely offset their losses, resulting in a theoretically unlimited loss. 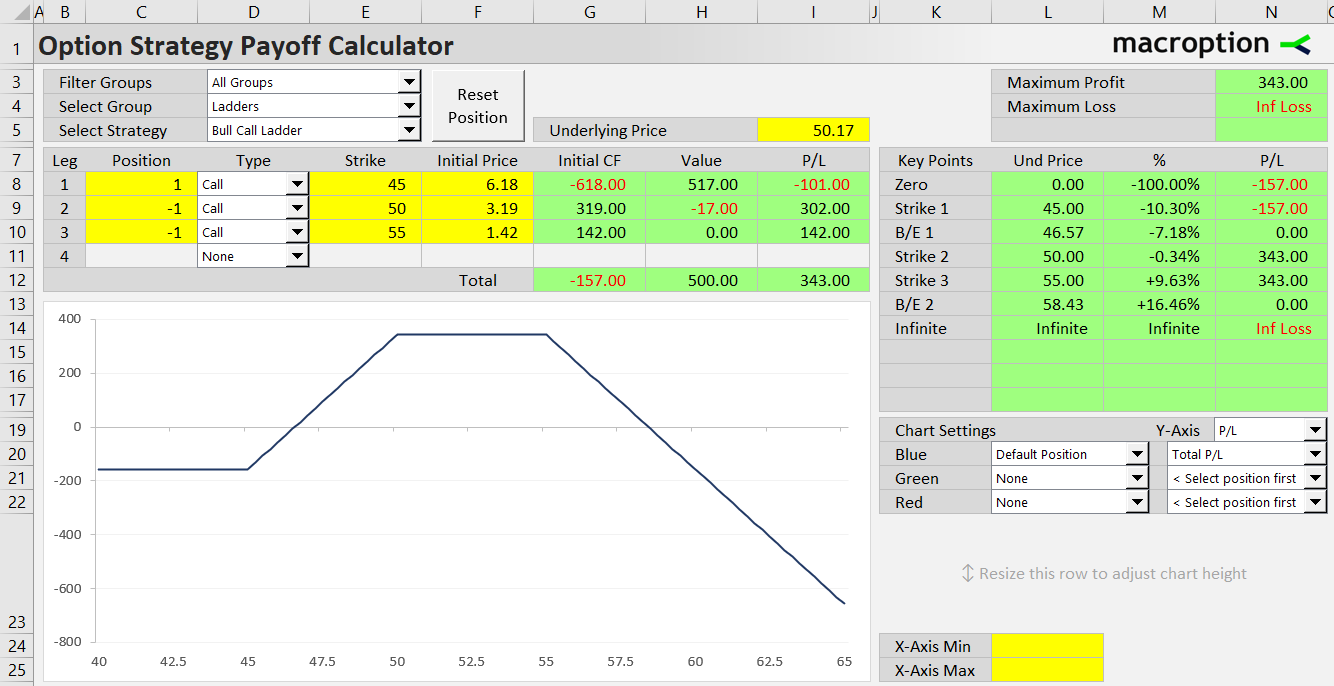 Bear put ladder follows the same logic as bull call ladder, only with puts instead of calls and the order of strikes reversed. It is derived from the bear put spread strategy, with an extra short put with lowest (out of the money) strike. 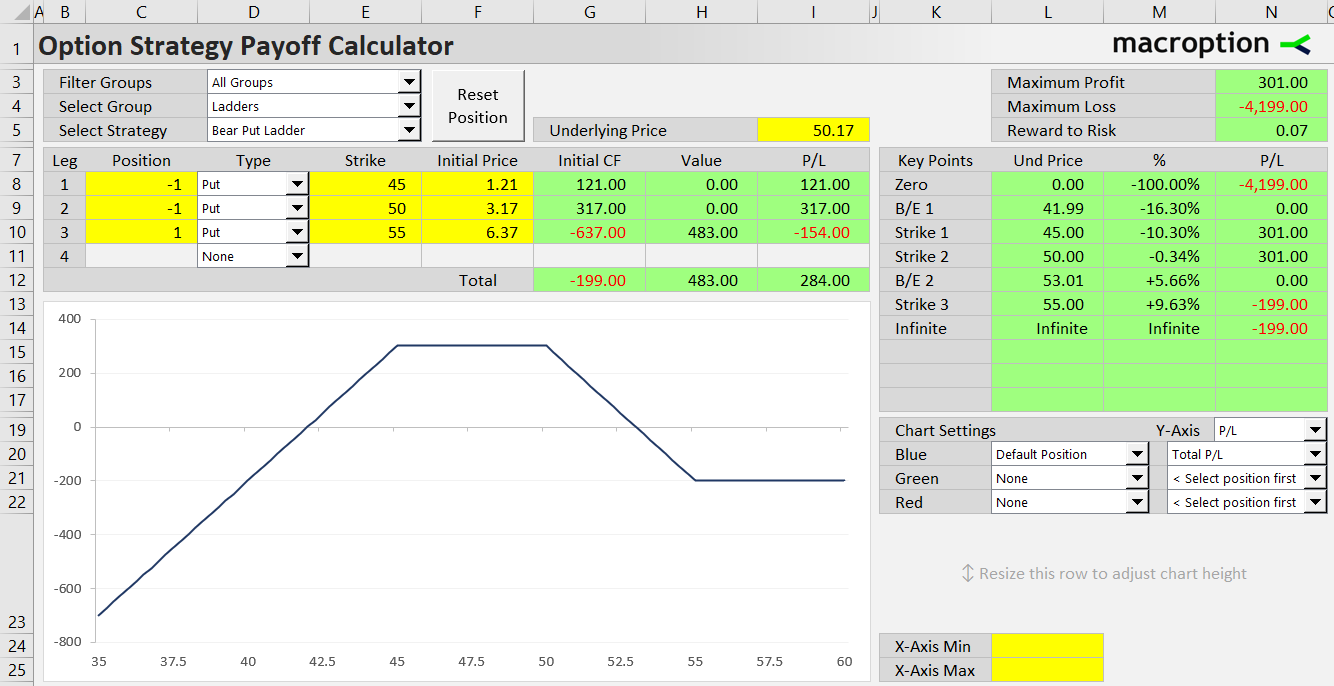 Short ladders are the inverse positions to long ladders. There is an extra out of the money leg again, but this time it is long. It makes total payoff over most of the underlying price range slightly worse (due to the extra premium paid for the second out of the money option), but also creates the opportunity for a large profit in case the underlying moves sharply to the long leg direction (up for short call ladder, down for short put ladder).

Bear call ladder is the position inverse to bull call ladder. It is just like a bear call spread, with an extra long call with highest strike. It has limited risk (maximum loss between the two long strikes) and unlimited profit potential if the underlying moves above the highest strike. 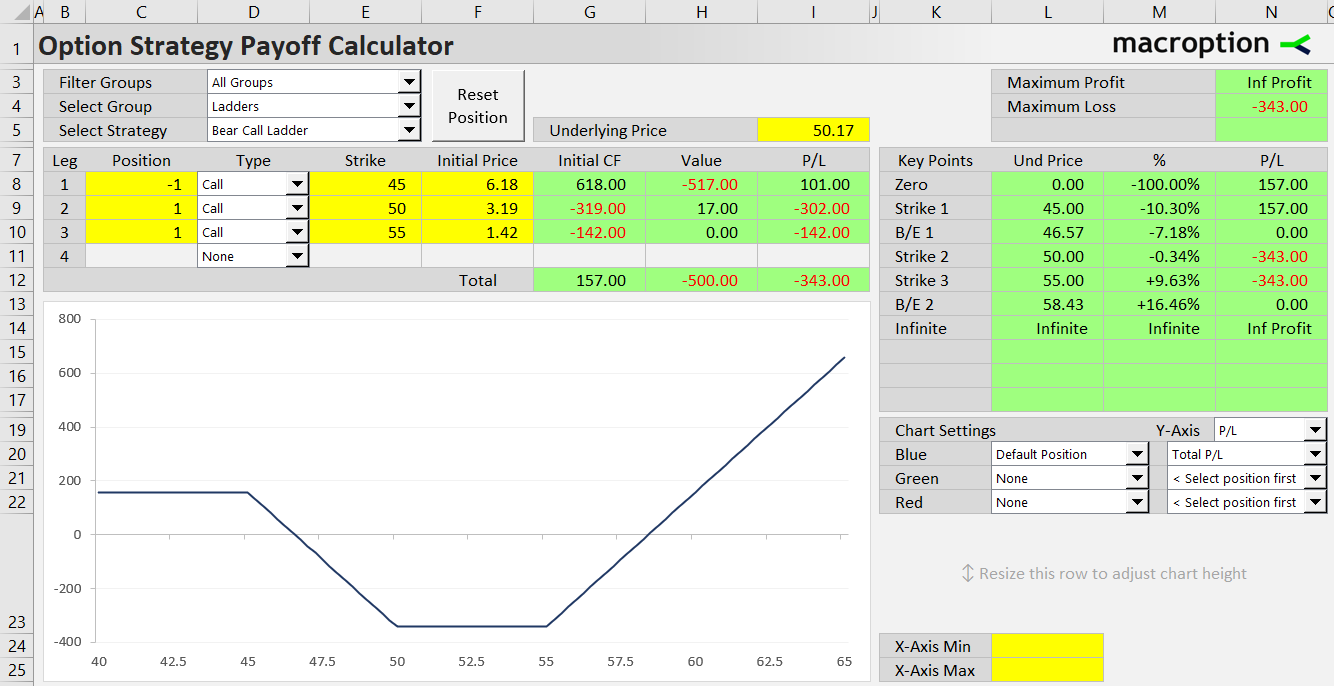 Bull put ladder is the inverse position to bear put ladder. It is derived from bull put vertical spread, with an extra long put with lowest strike. 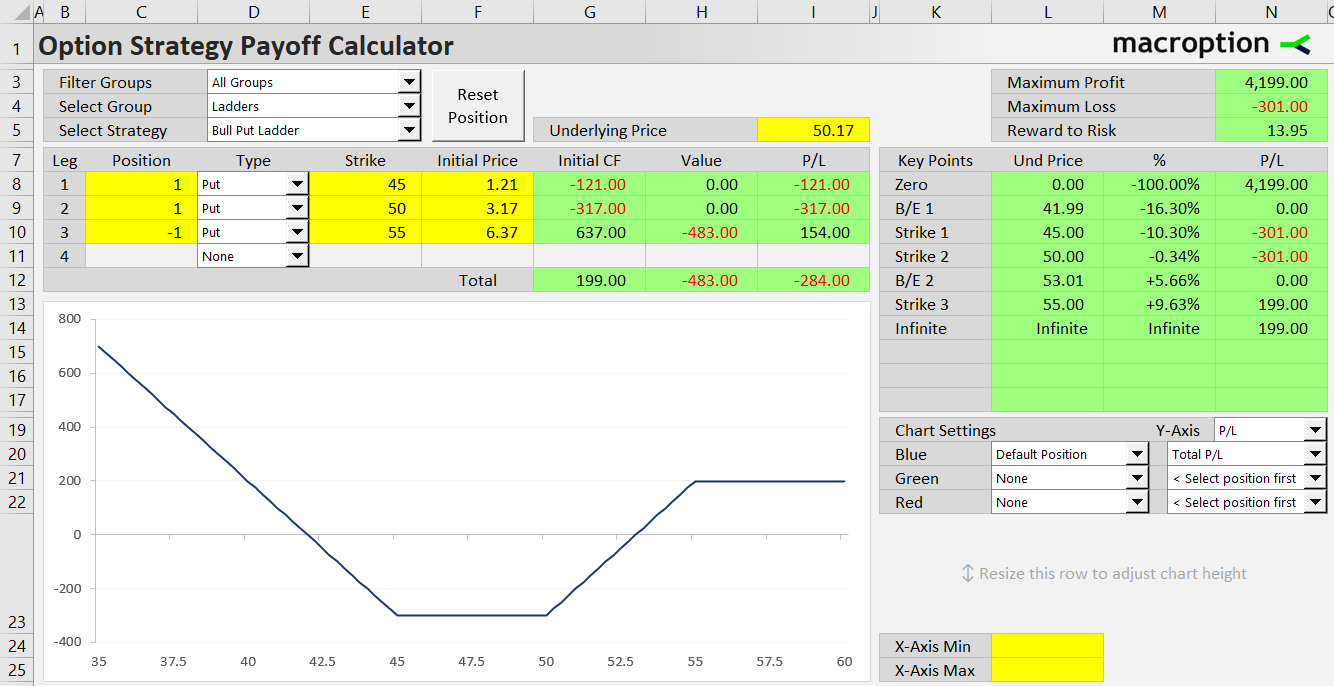