The macro picture in the last weeks has been mostly negative news and concerns from Europe and quite positive news from the US. European equities have also significantly underperformed the US equities, which are near historic highs.

Below you can see how the ratio and the point difference between VSTOXX and VIX developed since 1999: 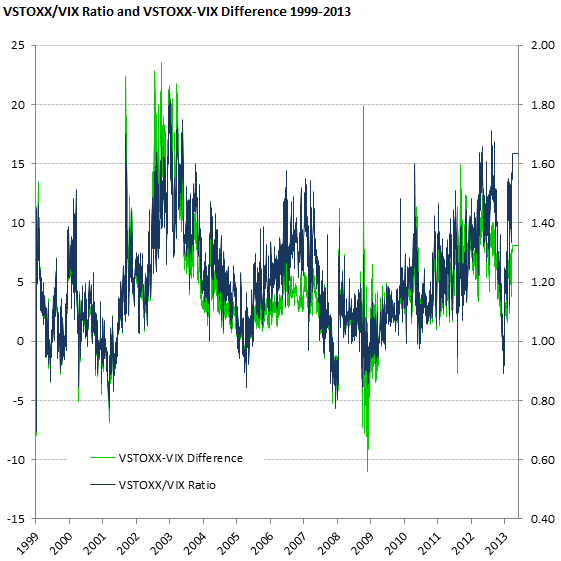 The scatter plots below illustrate how the VSTOXX-VIX difference and ratio relate to VIX closing value and to one another. The latest figures (26 March 2013) are marked red: 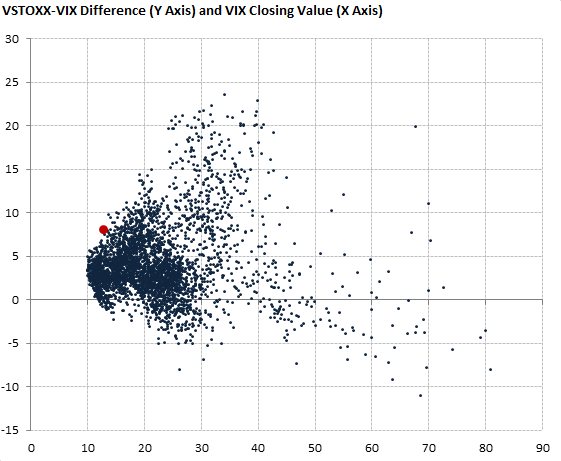 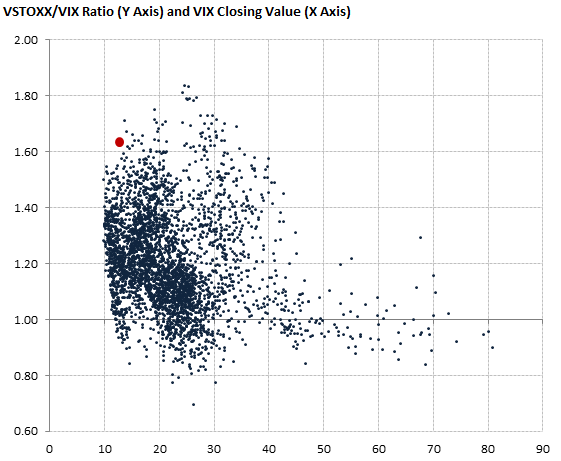 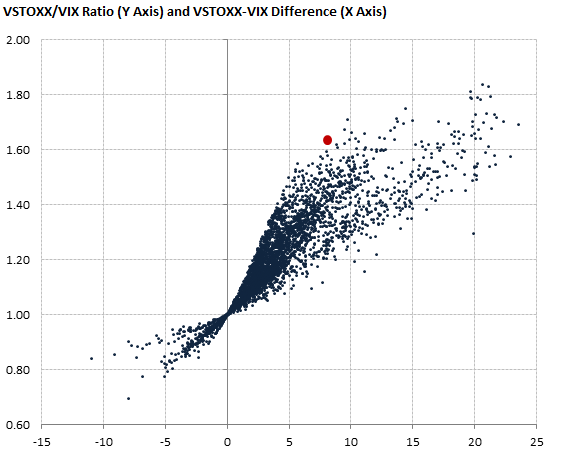 There have been 29 days in history when the VSTOXX/VIX ratio was over 1.50 with VIX close below 15. They are listed in the table below. You can see that it often occurs for a couple of days in series. 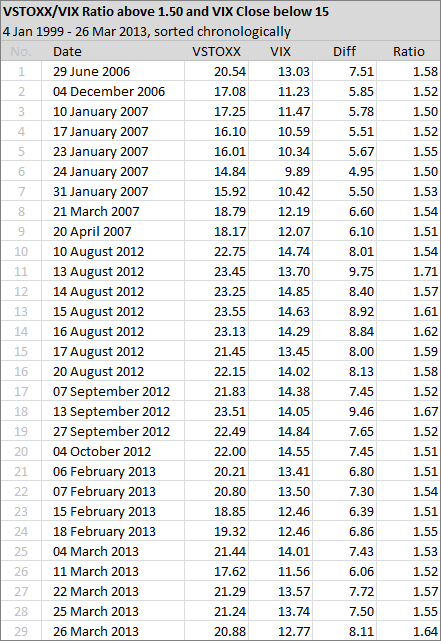 One thing to keep in mind before going long VIX and short VSTOXX is that these indices measure implied volatility of short-term options (constant 30-day maturity), but ignore longer term options. In other words, although it is virtually sure that the difference will be smaller again sooner or later, it might be later and in that case the trade would lose money. This is also reflected in the term structure of VSTOXX and VIX derivatives (for example, the difference between the long ends of both futures curves is less than 5 points).

Another final note: You can see from all the charts above that historically VSTOXX has been above VIX most of the time. The average VSTOXX-VIX difference has been +4.14 points and the average VSTOXX/VIX ratio has been 1.20.