Dow Jones at All Time High

I couldn’t start today’s market commentary with anything else than the Dow Jones Industrial Average, currently the top story in the global markets, at least from the technical and quantitative perspective. The traditional US blue chip index reached a new all-time high yesterday. After 5 weeks of sideways struggle at the 14,000 level the Dow closed at 14253.77 on Tuesday, above the previous all-time high close of 14164.53 from 9 October 2007.

S&P500, the second of the two most watched stock indices, still remains a few (2-3) percent short of its all-time highs. Both indices are currently trading in a very interesting technical area, which together with fundamental factors can bring some volatility in the coming weeks and months. We have already seen increased volatility in the last two weeks.

Historical volatility has increased a bit from the extremely low levels we saw in January and most of February. 21-day historical volatility of S&P500 had got as low as 6% (annualized), but it is now above 12%, which can be considered a typical level for this part of market cycle (several years into a stock bull market). 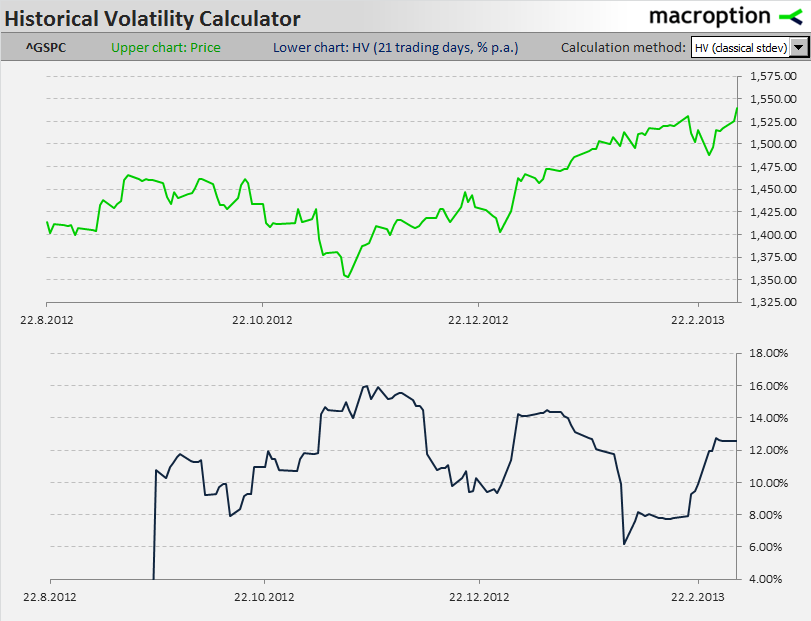 To put things into a long term perspective, below you can find historical volatility chart of the Dow Jones since 1994. There have been many spikes over the years, but there were also long periods (sometimes many years) without realized volatility getting above 20%.

You can create this and similar charts in the Historical Volatility Calculator. 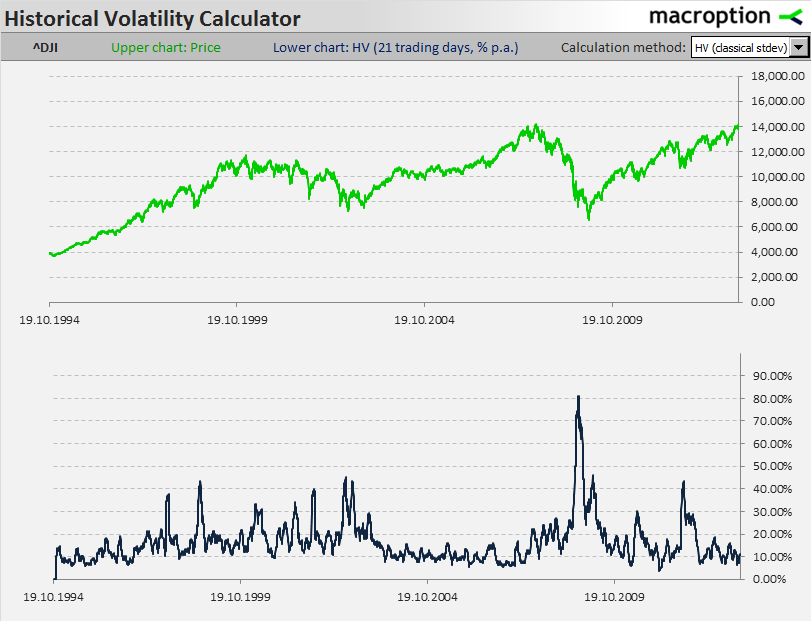 In line with increased realized volatility, the VIX (CBOE Volatility Index) had got to higher teens on several instances during the last two weeks. However, the rising equities took it back below 14 in yesterday’s very peaceful trading session.

In line with the action on spot VIX, the futures curve steepened in the last days. The front month (March 2013) was trading around 14.50 at yesterday’s close, about one VIX point above the spot. The March futures contract expires on 20 March, two weeks from now.

On the long end of the futures curve there was a very slight underpricing of the August contract at yesterday’s close, but too small to represent a solid trading opportunity for most market participants. 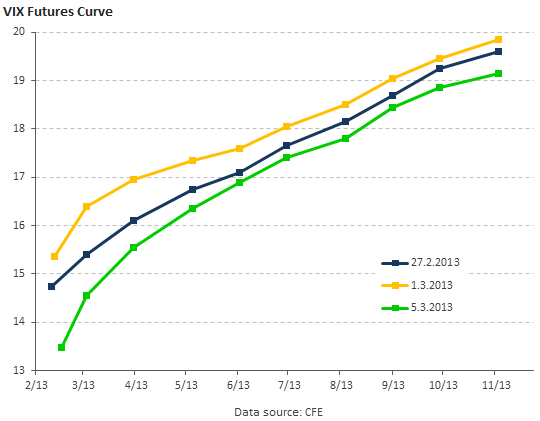 The last chart today is the VVIX index, the “VIX of VIX”. The action here has been very similar to the VIX index itself (which seems to be quite typical, although the history of this index is short). The VVIX declined to 80 yesterday. It was above 95 a week ago.