The Effect of Time to Expiration on VIX Futures Curve

The sharp VIX contango has been getting a lot of attention recently and I have seen several blog posts and pieces of analysis comparing the difference between the first and second VIX futures month, or between futures and spot VIX, to history (and I did one of my own).

There is one more factor that needs to be addressed in this kind of analysis: the time left to expiration. For example, front month VIX futures being 2.5 or more VIX points higher than the spot 4 weeks before expiration has been quite common in history, but seeing such difference one week before expiration (as we saw yesterday) is very rare.

In the analysis and charts below I focus on 3 spreads:

I focus on the short end of the futures curve because: 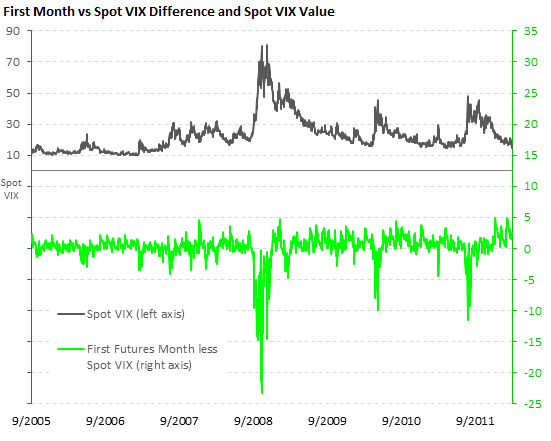 Note that this and similar charts on this page only show time post September 2005 – since the cycle on VIX futures became pure monthly with all 12 months every year.

To complete the picture, there is another chart, showing the difference between the front futures month and spot VIX as it relates to time left to expiration: 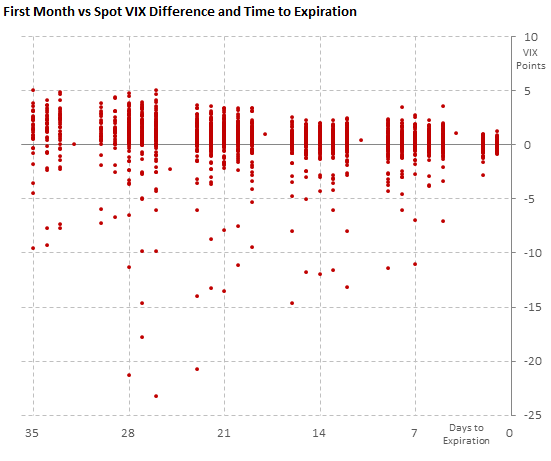 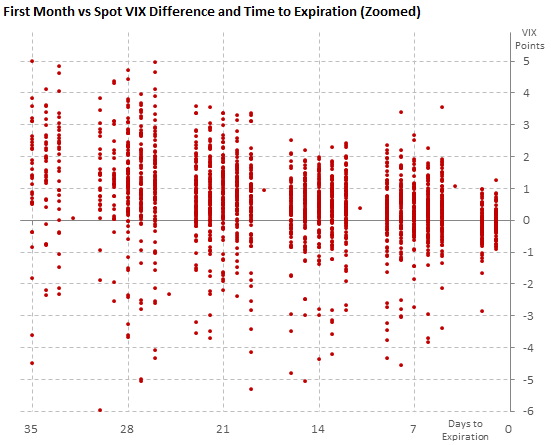 As you can remember (or see from the spot VIX values), the current situation in the markets is very different from January 2009, making any effort to drive conclusions regarding future direction of equities or volatility based solely on the record difference tricky at least.

Here are the same charts for the difference between the second futures month and spot VIX. This is the difference I was looking at in the 27 February post: VIX Contango Record Steep. 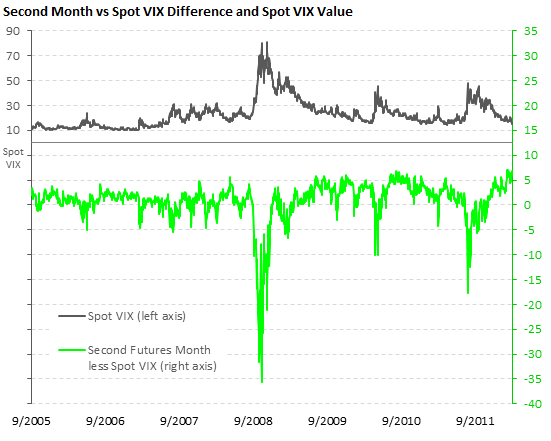 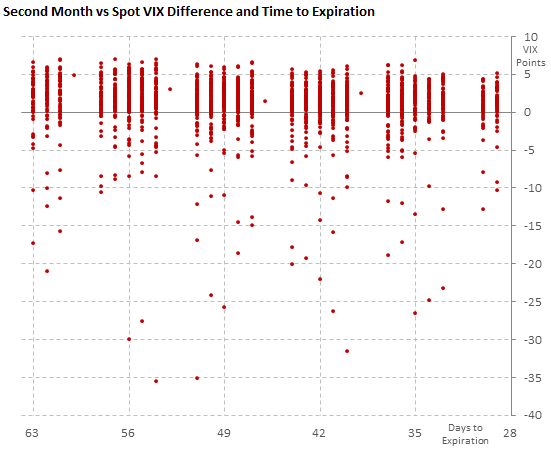 Time to expiration has an effect on this difference too, but (as expected) far less pronounced than on the first month vs spot. It is better visible on the positive side, because all the record negative differences occurred in the 2008 post-Lehman Armageddon, when any calendar effects were overridden by the extreme swings and broken structure of the markets (of the 17 instances when the difference was below -18, 16 occurred in October 2008 and 1 in November 2008).

So let’s look at the positive differences (the zoomed chart below is better). You can see some convergence to zero here (as with the first month vs spot difference), but it’s quite subtle. Anyway, yesterday’s +6.79 is clearly the record high for instances with fewer days to expiration. 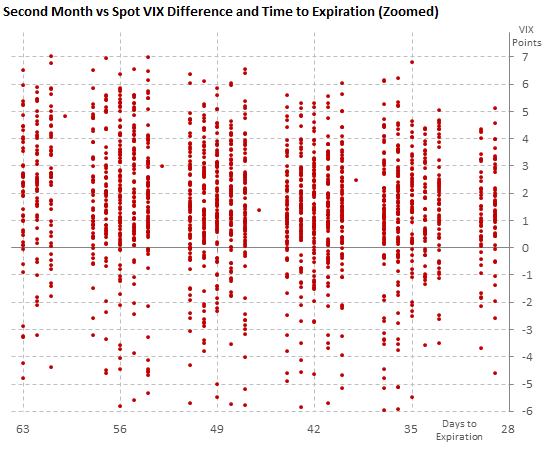 Probably the most interesting difference to look at is the difference between the first and the second futures month, because (unlike spot VIX) both are directly tradable. 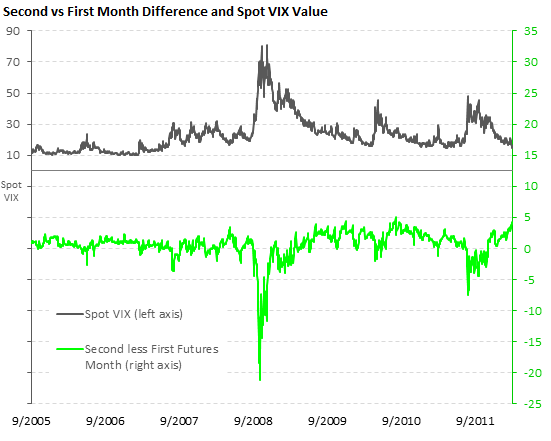 The historical range here has been -21 to +5. Again, all 25 greatest negative differences (below -7.5) occurred in October and November 2008. We will again look at positive differences, which are more relevant to current market situation.

As you can see from the charts below, the effect of time to expiration is inverse here. The difference between the second and the first VIX futures month is more likely to be greater (to either side) with less time to expiration. It is actually not that surprising when we look at the number of days left on a relative basis. The difference in days left to first and second expiration is 28 or 35 (4 or 5 weeks). And of course 1 day and 29 days (right side of the charts) is a more significant difference than e.g. 28 and 56 days (left side of the charts). 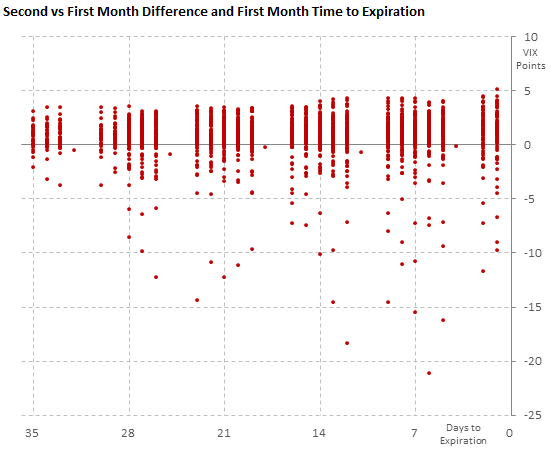 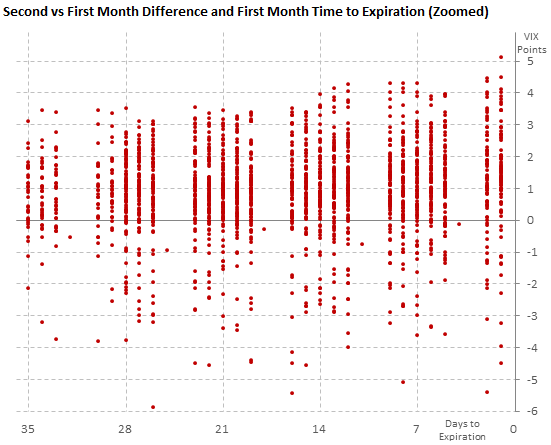