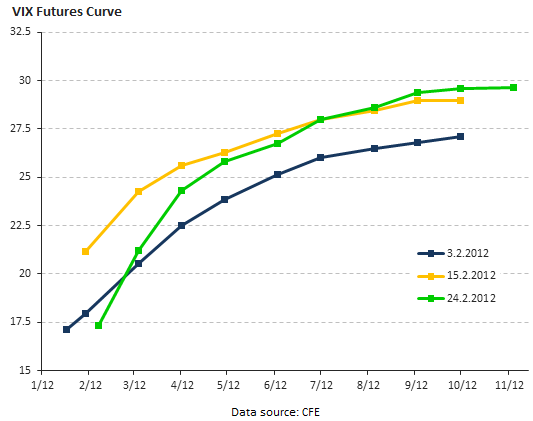 Since the introduction of VIX futures there have been 14 instances when the difference between the second nearest futures month and spot VIX was 5 or more VIX points. 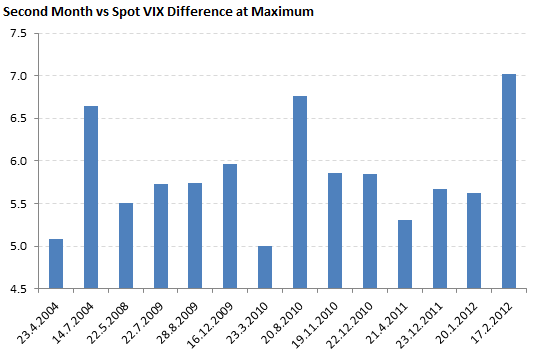 You can see more details in the table below. 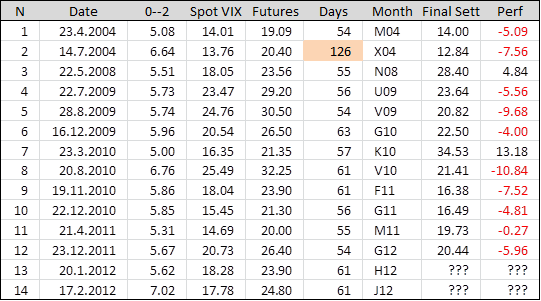 Note that in July 2004 (occurrence 2) there were 126 days left to expiration, because the VIX futures cycle was not purely mothly then as it is now. I have included this occurrence for completeness.

Although the first VIX futures contango interpretation that comes to mind is that the market expects volatility to go up, you can see that in all but 2 occurrences VIX futures actually ended lower at expiration (and often even below the original spot VIX).

Does it mean that shorting 2-month-ahead VIX is a good idea under these circumstances? It might be, but…

After all, it would be a short volatility trade. The probability of profit is high, but so is the long tail risk. Maybe we can look at VIX options (April 2012) – but that’s beyond the scope of this post.